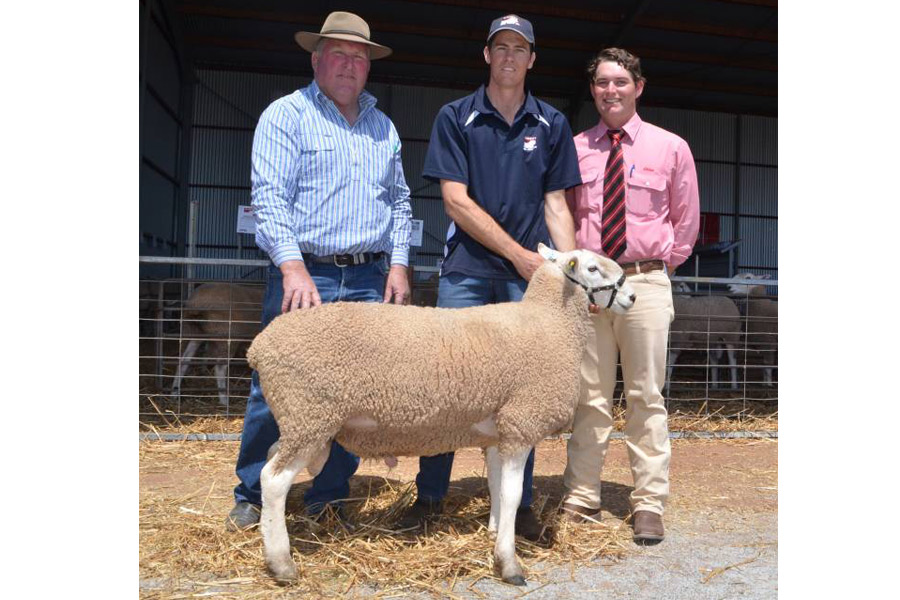 The 13th annual on-property sale on account the Kember family, Gleneith Border Leicester stud, Ganmain, saw a one hundred percent clearance of the 100 rams offered to top price of $3500 and average $1607.

A feature of the sale was the strong interest from repeat buyers who purchased larger drafts than normal, according to studmaster Wes Kember.

“It was a phenomenal sale, reflecting the strength in the sheep industry,” he said.

Mr Hewitt said his new purchase has all the credentials of an outstanding sire prospect, with his outlook matching his figures.

The sale was conducted by Elders, Narrandera and Wagga Wagga, with Will Stoddart taking the bids.

Volume buyers also Anthony and Kellie Exton  from Coolamon who purchased 15 rams with an average price of $1586.Sa