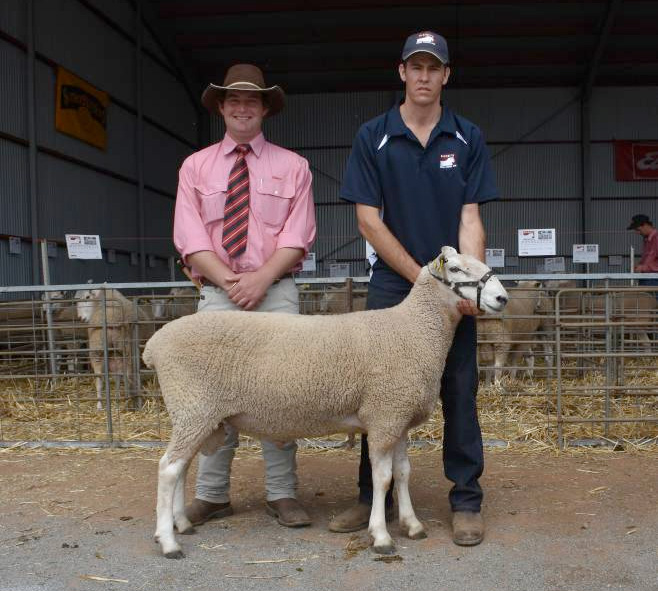 The Kember family have had a long commitment to breeding Border Leicester sheep stretching five generations right back to 1922.

Under current management they are committed to providing the best sheep they can backed by accurate lambplan data.

“we are committed to lambplan, submitting quality data to get the most out and that’s why buyers are choosing Gleneith” principal Wes Kember said.

“We are focused on milking ability, growth and fertility measured by number of lambs weaned as they are the profit drivers in our business.

“I have never known someone to go broke while increasing profit” Mr Kember said.

Also sired by Gleneith 275-14 the second top price ram was in the top 10pc of the breed for Mwwt and number of lambs weaned, top 1pc for Pemd, and top 2pc for BLX index.

He was purchased by Deepdene Pastoral, Kyemba, for $3500.

Coolamon producers AI & KM Exton led the volume buyers loading nine rams for a $1956 paying to a top of $2300 twice.

The auction sale was conducted by Elders Rural Services with Joe Wilks and Will Stoddart the auctioneers.